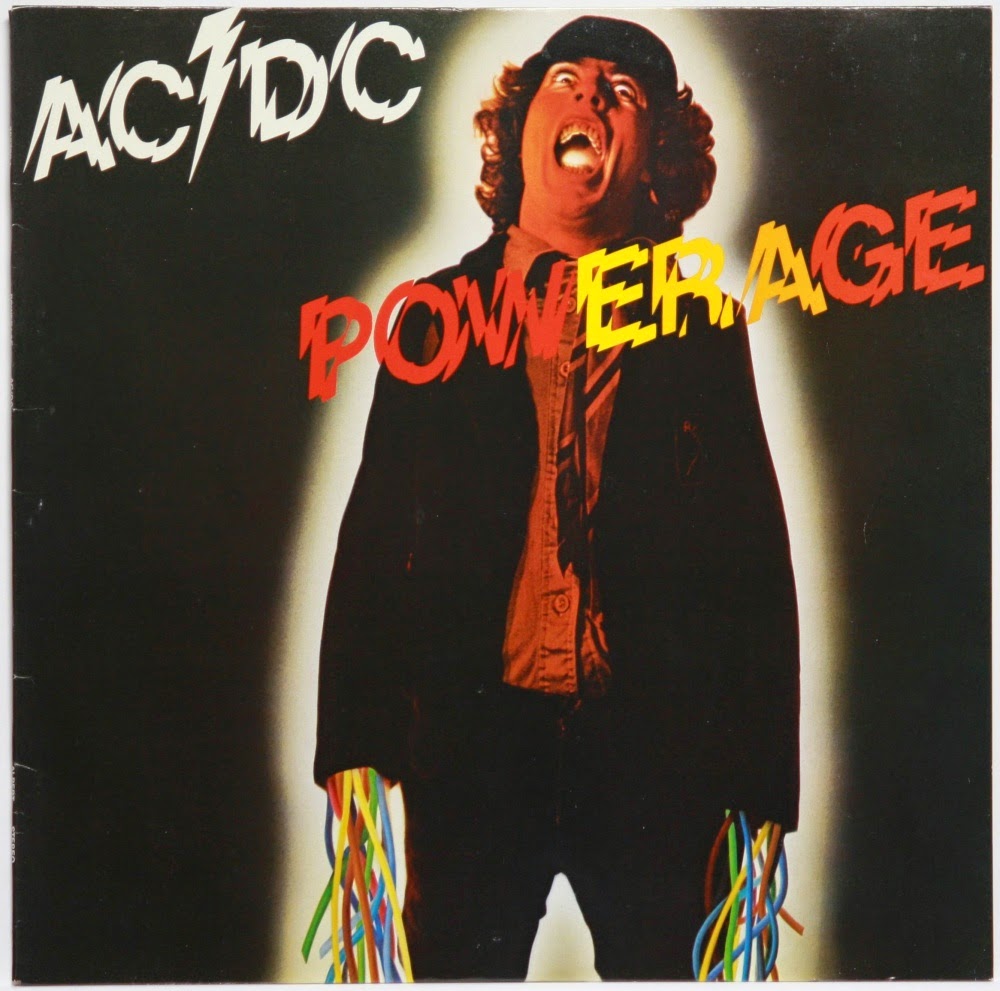 In 1978 AC/DC detonated the brilliant “Powerage” album. Often overlooked and underrated, I think the LP is filled with awesome tracks! One of my all time fav AC/DC song is “Kicked in the Teeth” - it’s raw and an absolute perfect way to close the album.

“Powerage” marked the studio debut of Cliff Williams, and his work on this one is perfect! From the kick off with “Rock ’n’ Roll Damnation” to the excellent closer, oh well - it’s awesomeness par excellence all the way! 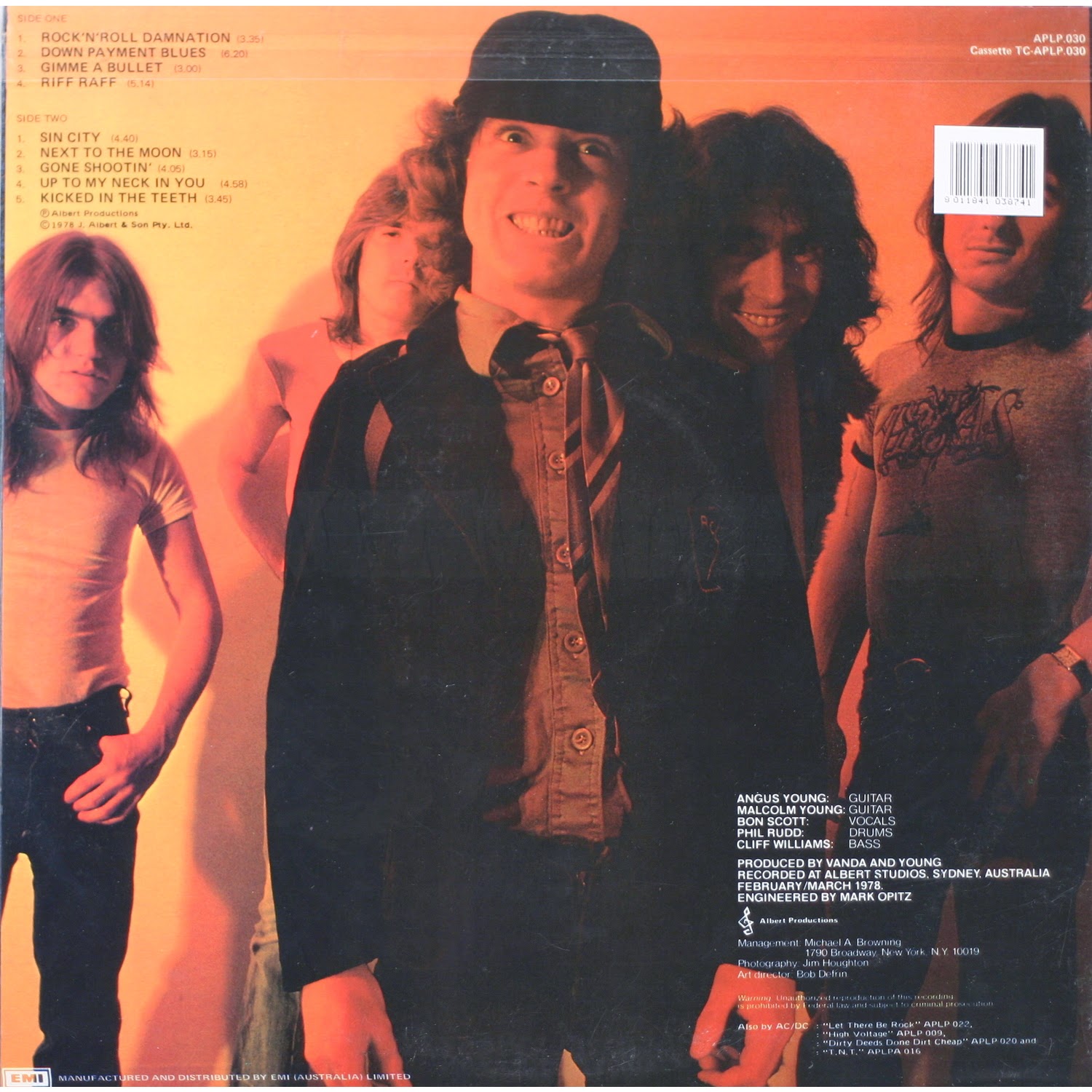 I never got the pleasure of seeing Bon Scott live, but saw them live in Norway twice in the 80s. I think i will see them this summer too. Luckily I stumbled upon this pearl - Live in Glasgow 1978: 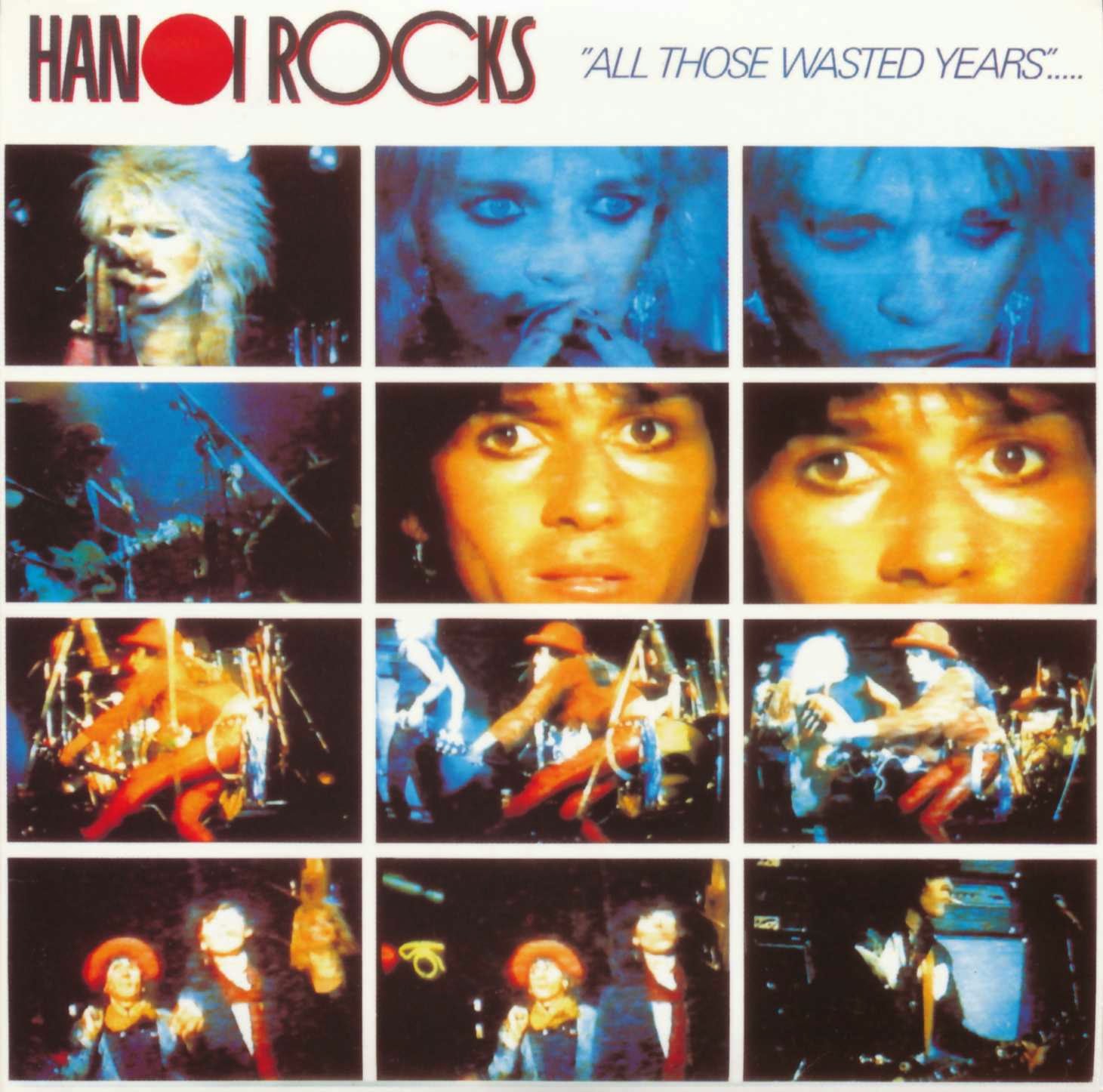 Bangkok Shocks, Saigon Shakes, Hanoi Rocks - and on “All Those Wasted Years” they rocked big time! In my band at the time, Barfly, we did two Hanoi Rocks covers; “Up Around the Bend” (I know it is CCR - but we did it Hanoi-style) and “Taxi Driver”.

This awesome live album was recorded in December 1983 at The Marquee Club in London, and released in 1984, about a year before the tragic death of Razzle. My first Hanoi Rocks album was “Two Steps From the Move”, another awesome sleazy rocker! 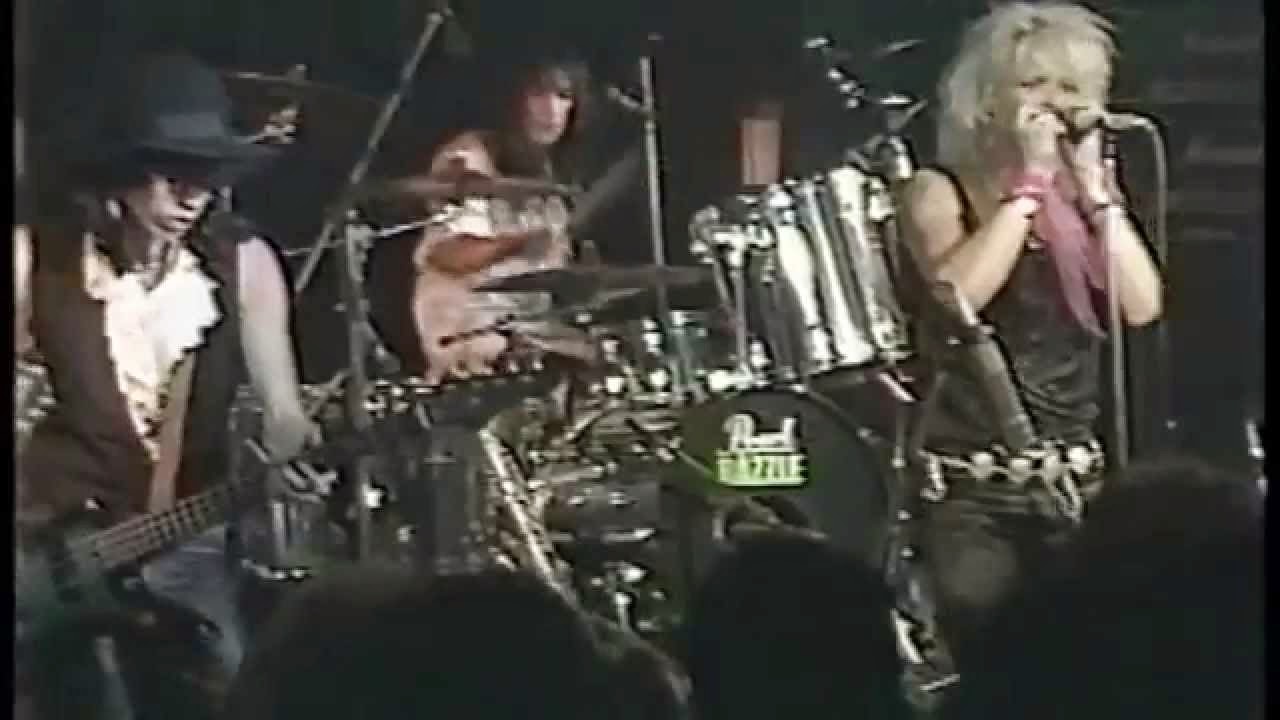 I never got the pleasure of seeing the band live, but this live album was a nice replacement. And when I got the video it was all just fine! 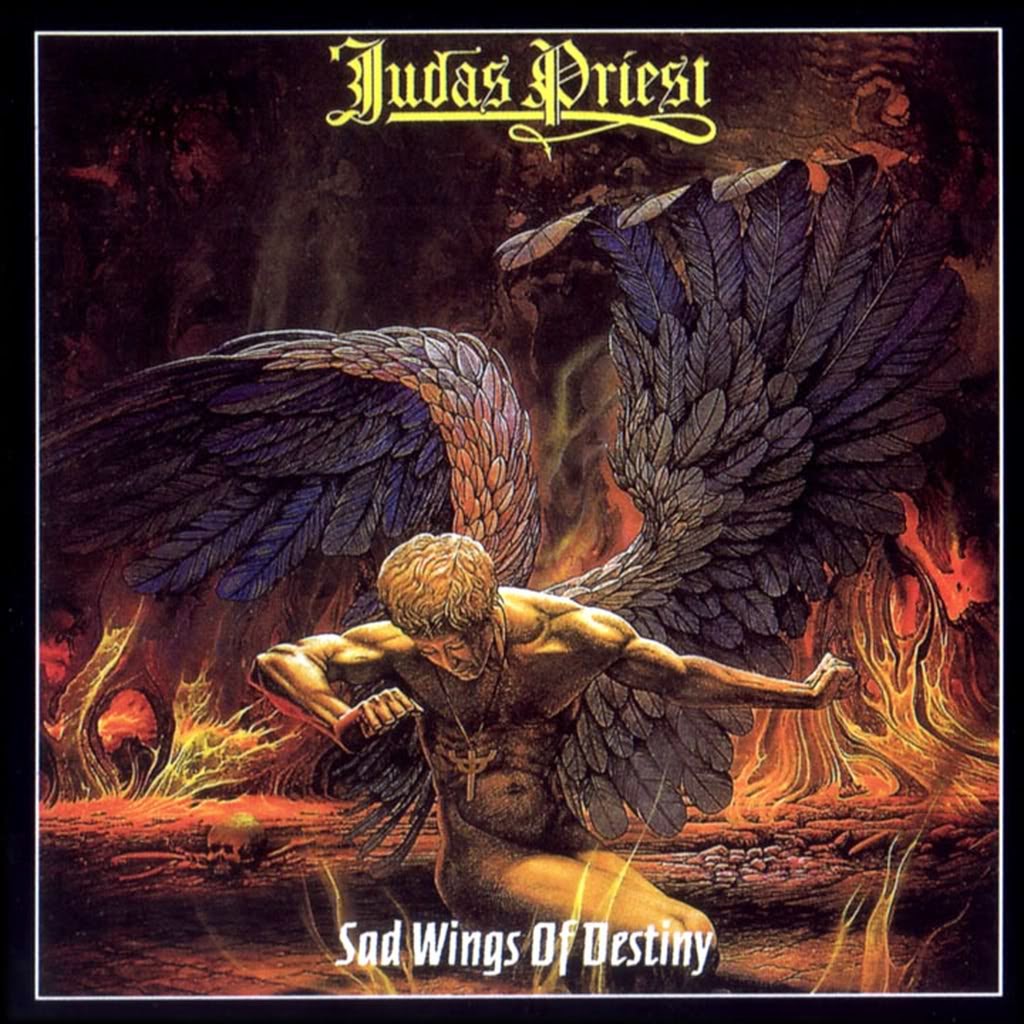 I was 7 years when “Sad Wings of Destiny” came out in 1976 - and totally unaware of Judas Priest. My only knowledge of heavy rock was my elder brother`s “Stormbringer” LP.

I first started listening to Priest when I heard the “British Steel” album a few years later. Then I dug up all the previous records - and I loved them! The reason I pick “Sad Wings of Destiny” for my Awesome Album Series, is because it`s awesome :) 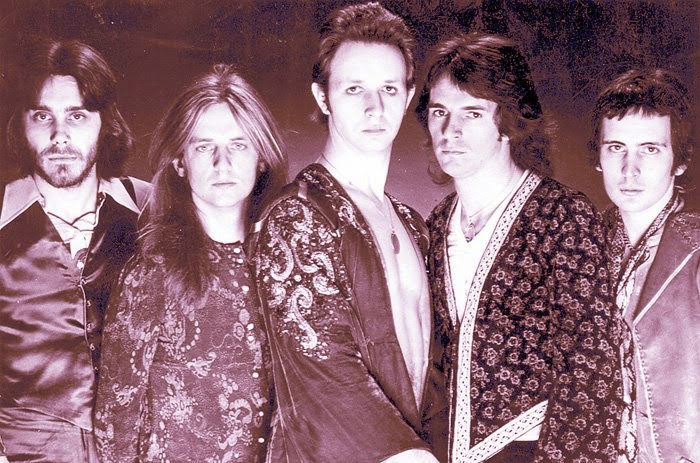 The band had yet to develop the studs-and-leather image that was to become their trademark; instead, they wore contemporary mid-1970s fashions, including high-heeled boots and frilled shirts.
Lagt inn av Unknown kl. 10:55 AM No comments: 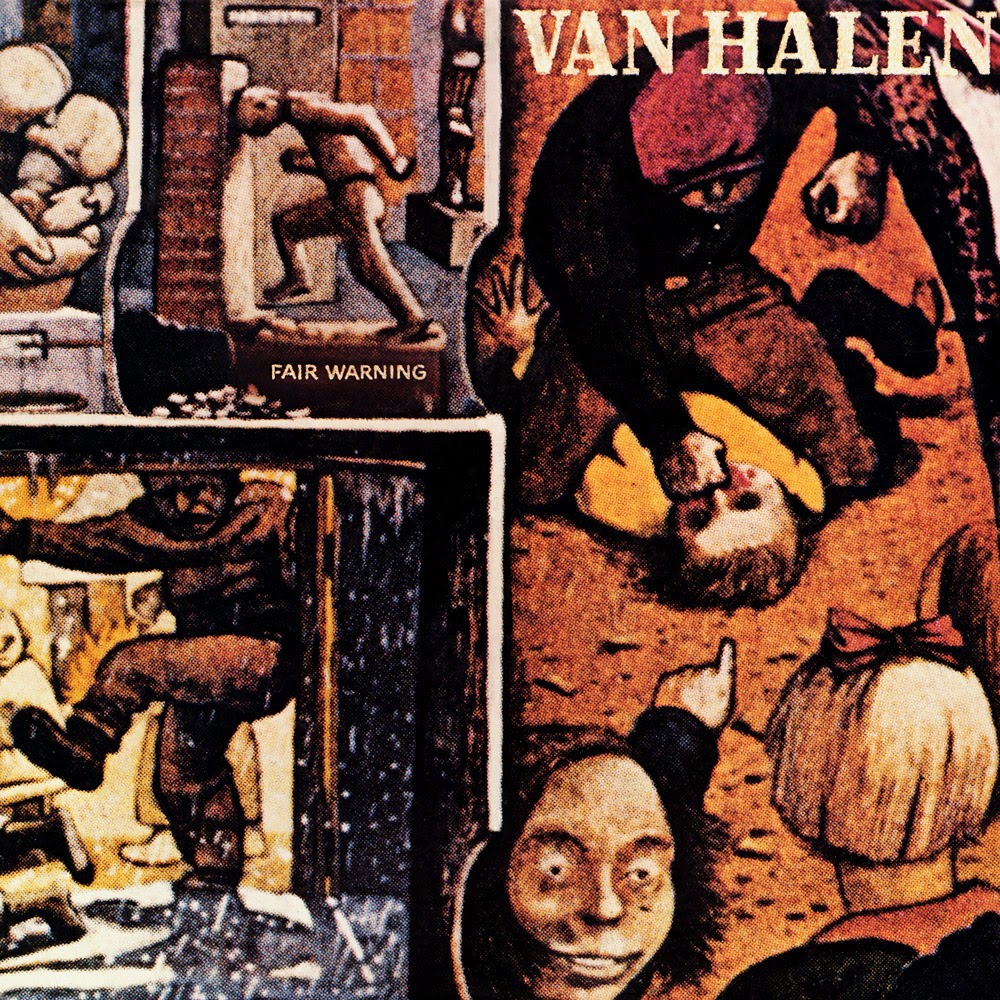 If I had to bring only one Van Halen record to a desert island, or something, I would go for “Fair Warning”. It is approx 30 minute of true awesomeness. And as you know, awesomeness is great! It came out in April, 1981. I was 12 years old. 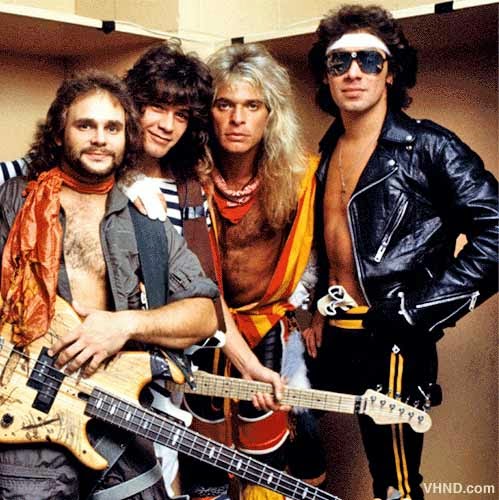 Eddie sounds restless here, pushing and pulling the group toward different rhythms and textures, from the disco beat that pulsates on "Push Comes to Shove" to the swinging rhythms on "So This Is Love?"
Lagt inn av Unknown kl. 3:27 PM 2 comments: 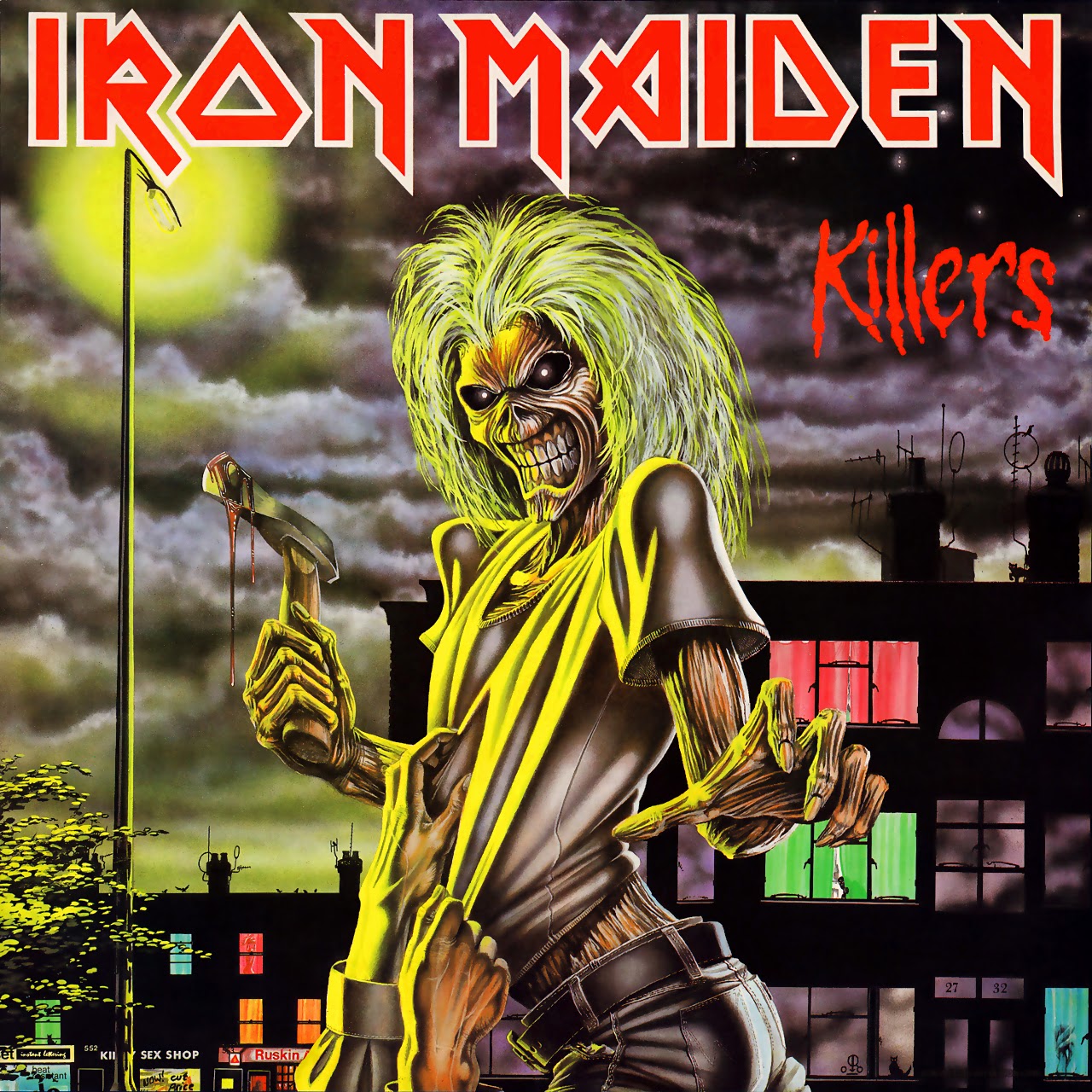 I`m not sure if “Killers” is the best Iron Maiden album. But it`s awesome anyhow. It came out in February 1981, when I was 12 yeras old. My collection of LPs grew steadily. The first Maiden album I bought was “The Number of the Beast”, and then I bought “Killers” a few days after. Both albums are great. Was then, is now.

But “Killers” was so damn raw. The songs, the production, everything! I believe it is on my most-played-LPs-ever list, together with “Highway to Hell”, “Ace of Spades” and a bunch of others. “Killers” is awesome! 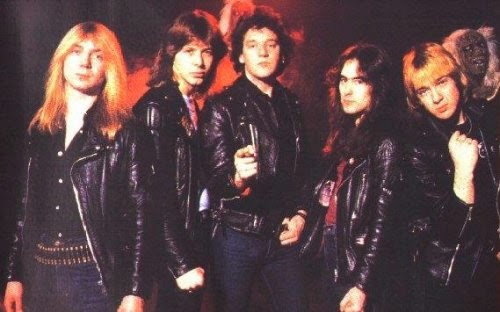 The album was their first with Adrian Smith and their last with Paul Di'Anno. Strangely enough, I didn`t miss Di'Anno on their next album - cause it was so different, I think. But the addition av Adrian Smith was cool. He added great stuff to the band.

And the cover art, maan, it has to be the best ever - up the irons! 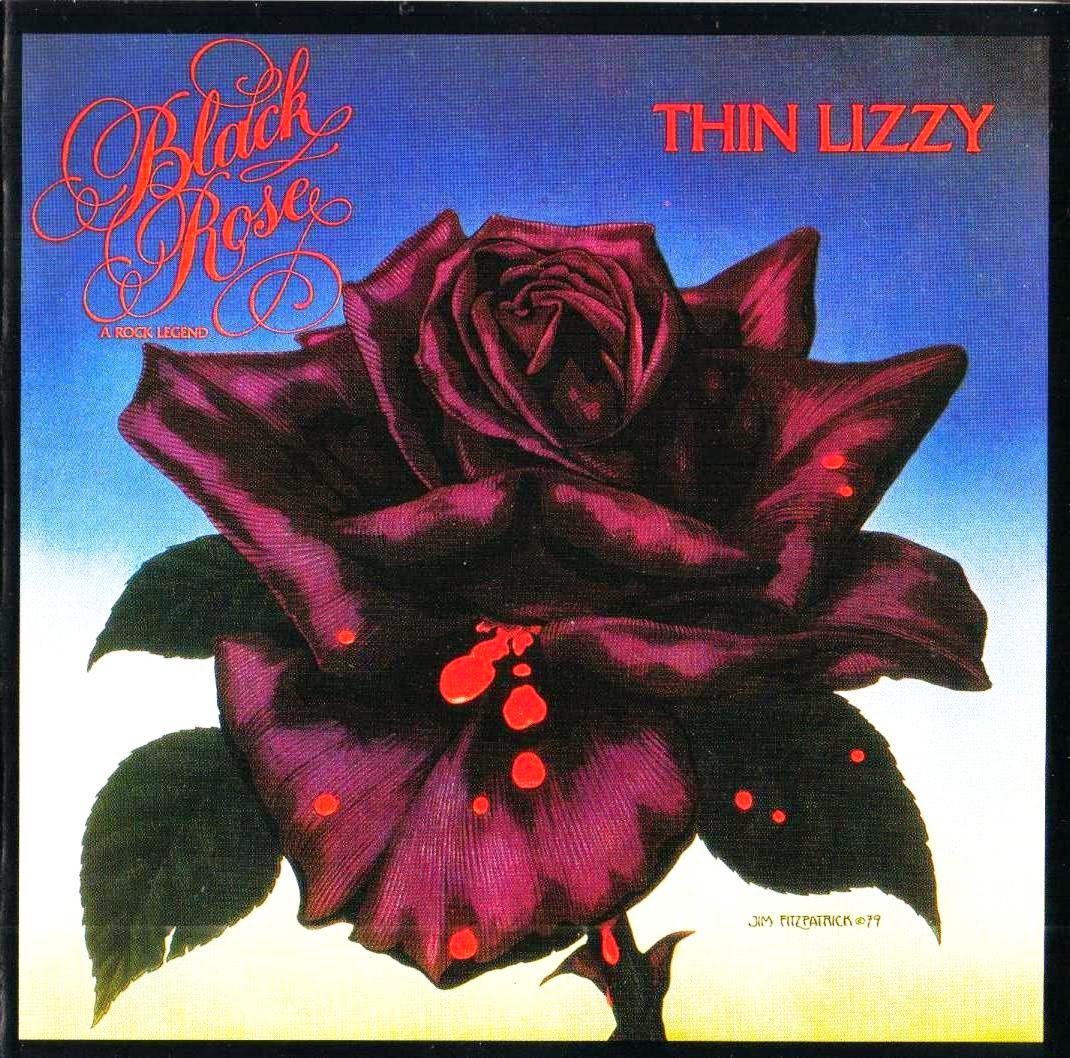 The best Thin Lizzy album came out in April 1979. “Black Rose” was the first Lizzy album I heard and bought. It is not only the best Lizzy album, it`s also the best album Gary Moore laid his dirty fingers on. At least in my opinion.

The twin guitar attack from Gary Moore and Scott Gorham suits the songs perfectly. Greg Prato of Allmusic described the album as "Thin Lizzy's last true classic album", and their "most musically varied, accomplished, and successful studio album". I would agree with that! 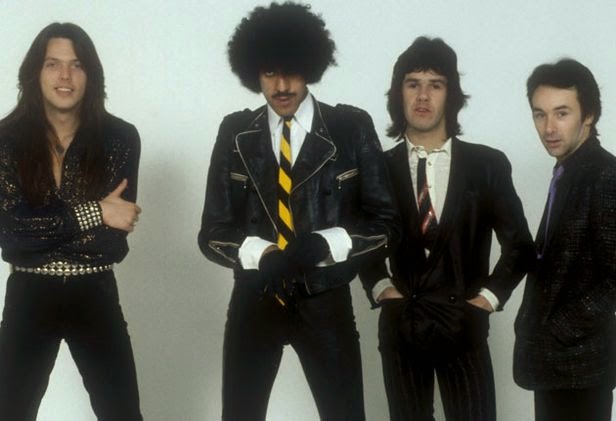 Phil Lynott is again equipped with a fine set of originals, which the rest of the band shines on - the percussion-driven opener "Do Anything You Want To," the pop hit "Waiting for an Alibi," and a gentle song for Lynott`s newly born daughter, "Sarah." Not all the material is as upbeat, such as the funky "S&M," as well two grim tales of street life and substance abuse -- "Toughest Street in Town" and "Got to Give It Up". "Black Rose" closes with the epic seven-minute title track, which includes an amazing, complex guitar solo by Gary Moore that incorporates Celtic themes against a hard rock accompaniment. "Black Rose: A Rock Legend" is one of the '70s lost rock classics.
Lagt inn av Unknown kl. 4:34 PM No comments: 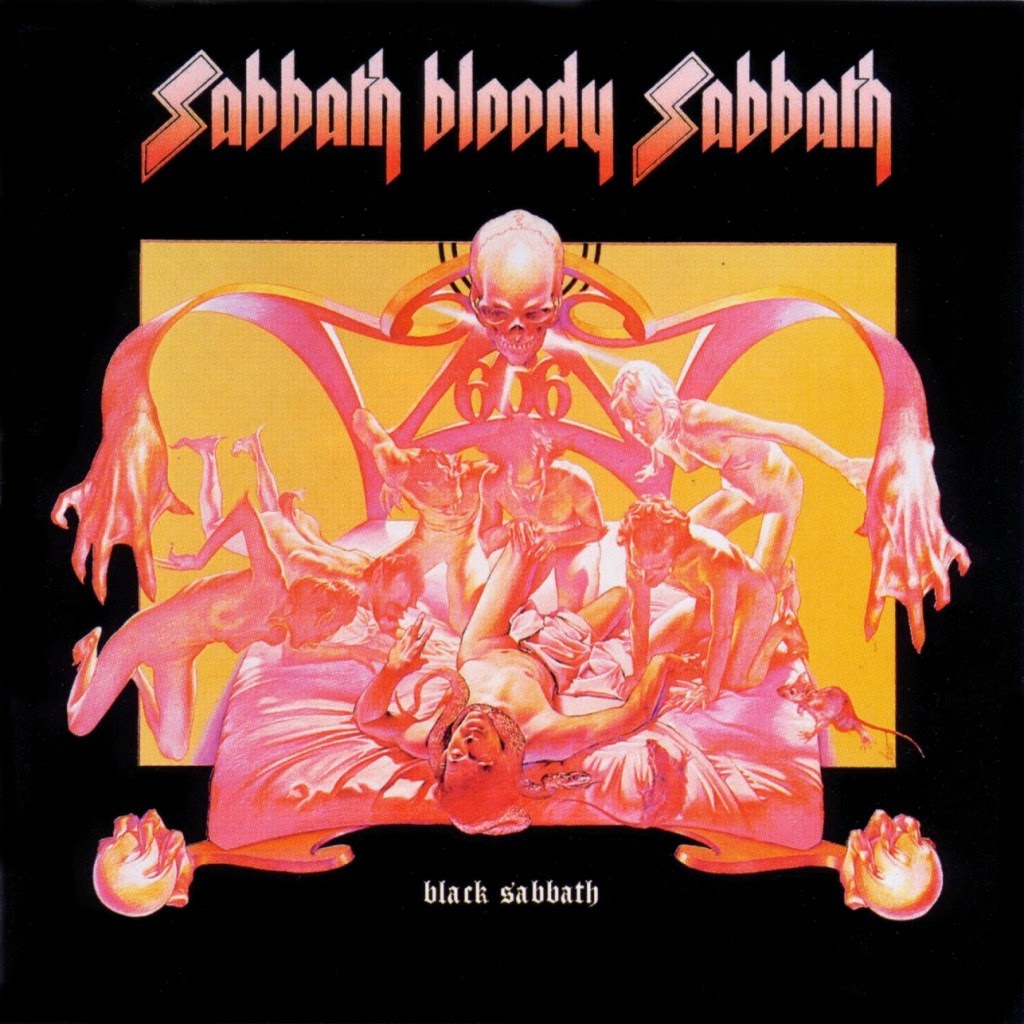 From the classic doomy riffs of the title song, to the fading applause on "Spiral Architect" - this album is awesome all the way! Riff after riff, solo after solo, song after song - "Sabbath Bloody Sabbath" is my all time favourite Sabbath album. It came out when I was 4 years old.

After a month in Los Angeles with no results, the band opted to return to the UK, where they rented Clearwell Castle in The Forest of Dean, Gloucestershire, England, which the likes of Led Zeppelin and Mott the Hoople wrote and recorded in.

Tony Iommi was suffering from writer's block, and the rest of the band themselves felt lost without his riffs to inspire them. But finally, one day he came out with the riff for what would become the title track on this album, and then what followed was a heap of amazing songs, which collectively produced the best Black Sabbath album to date.

They finished the recording sessions at Morgan Studios in London in September 1973, and released the album the same year. The members of Led Zeppelin, old friends of the band from their early days in Birmingham, showed up at the studio during the sessions. John Bonham was eager to play on "Sabbra Cadabra", but Sabbath preferred to play material other than their own for the occasion. In the end, the two bands had an improvised jam sessions which was recorded but never released. I would give my left nut for that tape! 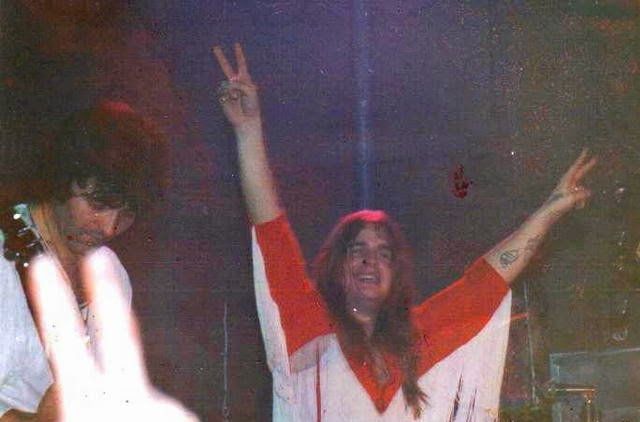 Just a week after the release of the album, Black Sabbath hit the road to promote the album. The tour kicked off in Newcastle-Upon-Tyne and ended in Sydney in November 1974. 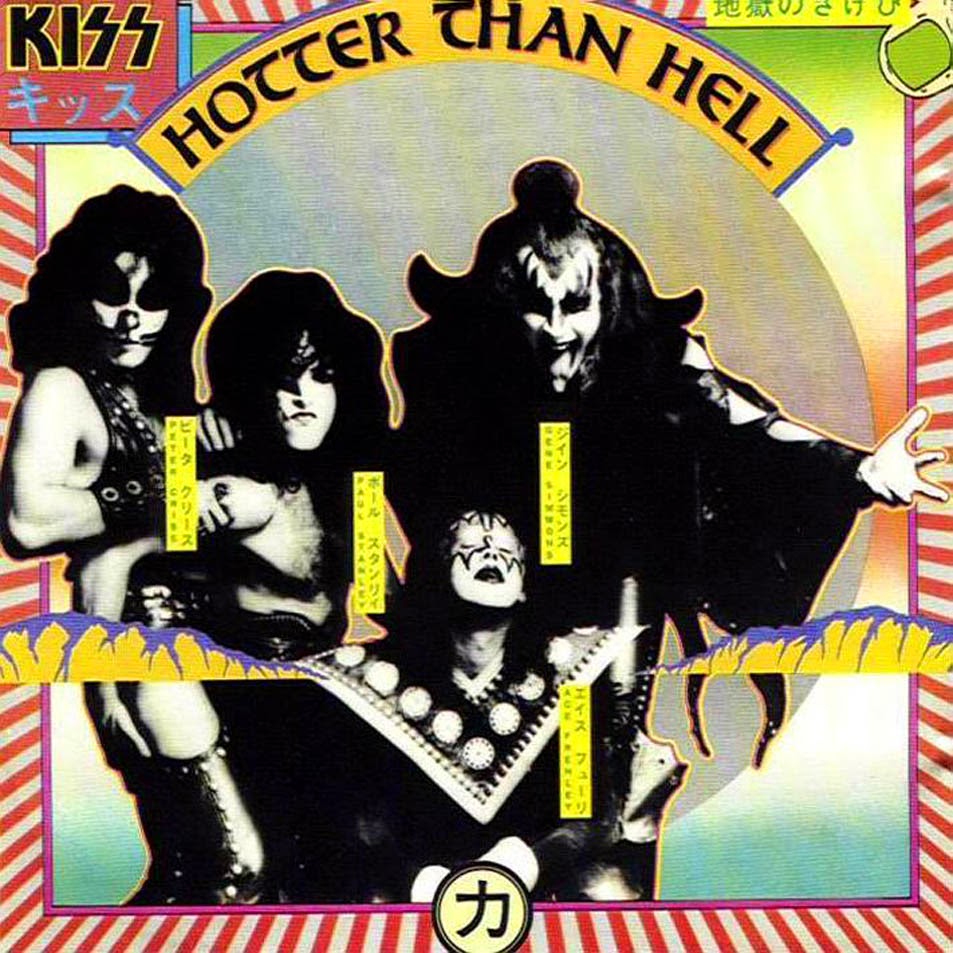 In this new Awesome Album Series I will write about my all time favourite albums. There is only one criteria to be included in the series - the album have to be awesome!

The classic "Hotter Than Hell" album by KISS was released on October 22, 1974 - and it is truly awesome in my ears. Many of the album's songs are live staples for the band, including "Got to Choose", "Parasite", "Hotter Than Hell", "Let Me Go, Rock & Roll" and "Watchin' You". 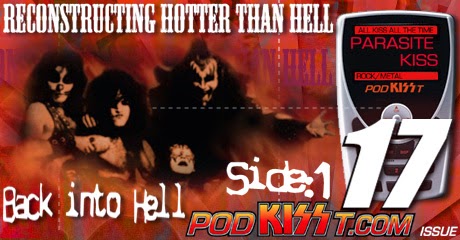 If you are a KISS fan, you know about the PodKISST. In epsiode #17 they reconstruct "Hotter Than Hell". Listen to the episode here (side 1) and here (side 2). I think the PodKISST episodes are brilliant. If you haven`t listen to it before, now is your time! 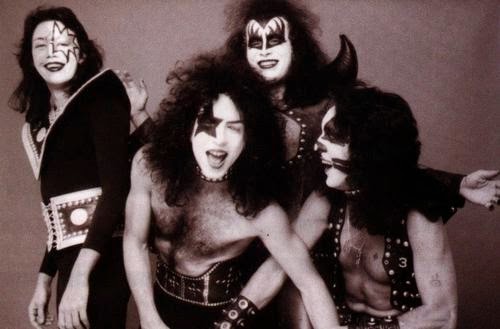 Every shot of Ace Frehley has his makeup airbrushed into the photo, as he had injuries to one side of his face after a vehicle accident, making it difficult for him to actually wear the makeup. 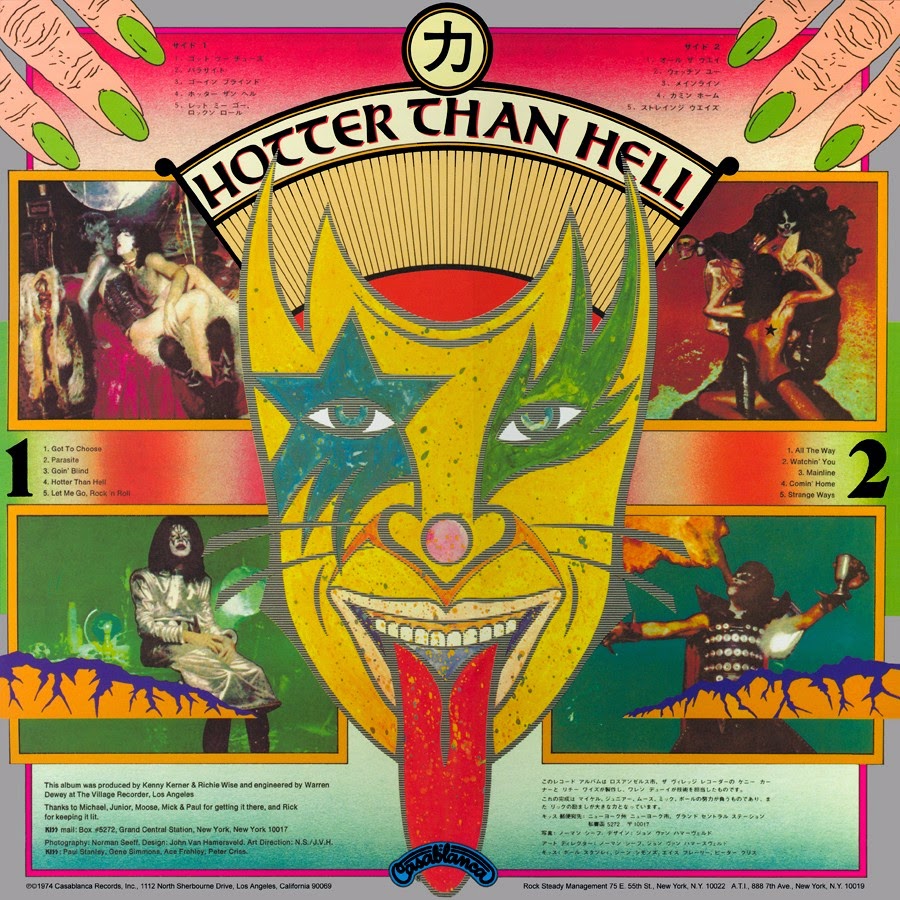 "Hotter Than Hell" was recorded in Los Angeles. “We hoped to remedy the sonic deficiencies we found in the first album,” Paul Stanley explains in ‘KISS: Behind the Mask.’ “We were never as rock-’n'-rolly or good-timey as we sounded on that album. We were much heavier live. So [for 'Hotter than Hell'] we tried to capture sonically how we sounded live. Unfortunately, the people that we were working with might not have been the right people to be doing it with.”

To make matters worse, Stanley’s guitar was stolen on their first day in town and KISS’ record label, Casablanca, were too busy trying to stay in business to offer much hand-holding. Plus, the pastrami on rye at Canter’s Deli simply didn’t taste like the one back home in New York.